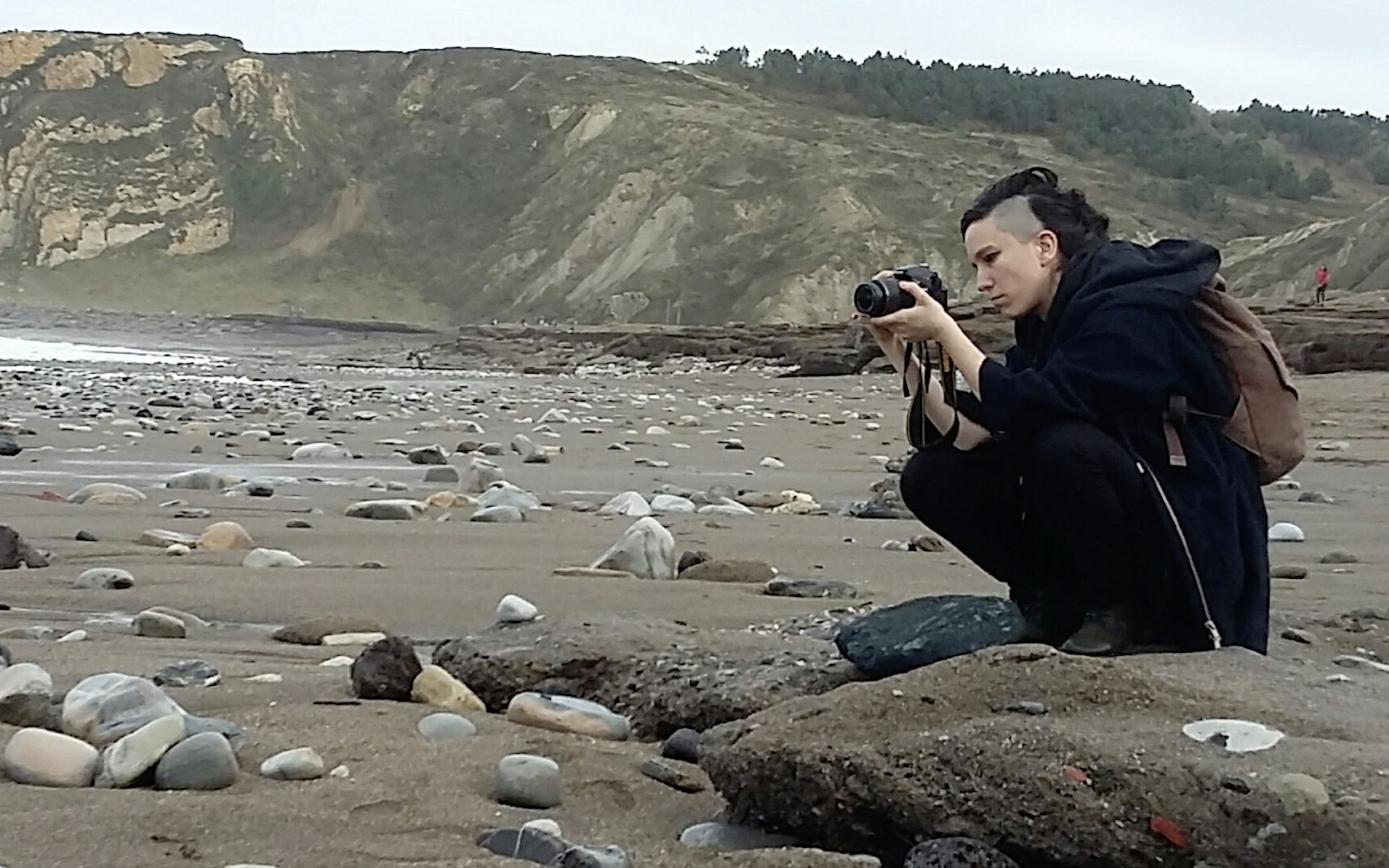 “Azkorri árnyéka alatt / Under the Shadow of Azkorri / A la sombra de Azkorri” is a visual essay which investigates the spaces of images, starting with a photo taken on the beach of Azkorri, Basque Country. Preoccupied with the problematic how a change of perspective might alter the sensibility towards an image, the video evolves around the re-enactment of a scene from Miklós Jancsó’s movie “Még kér a nép” from 1972 (“Red Psalm”), in which the performers are holding up a red rose in their hands, as well as around an image taken of Russian LGBTIQ+ activist Yelena Grigoryeva. Subsequently, the director explores the gesture by re-performing it first herself in a studio setting drawing lines to her own queer sexuality and later on letting three performers (Nazario Diaz, Isaak Erdoiza, Camila Téllez) re-enact it on fields of wheat in Azala (Lasierra, Araba).

Thus, the video intends to problematise how the position one takes in space might influence the way whether or not one is aware of the processes of appropriation, by which an image might be touched.

Eszter Katalin (Budapest, 1991) is a Hungarian audiovisual artist based in Vienna and Bilbao. Her practice is concerned with questioning the representatio nof subjects tied to socio-political struggles from a queer-feminist perspective. Her work has been featured at festivals such as the Diagonale–Festival des österreichischen Films in Graz, the 17th. Filmmor International Women’s Film Festival on Wheels  in Istanbul as well as in thevideo library of Rencontres Inter-nationales Paris/Berlin 2018/19. In2019, she was a resident at the Tabakalera Centre for Contemporary Artin Donostia-San Sebastian and has recently had her first solo exhibition in Likovni salon Gallery in Celje, Slovenia.