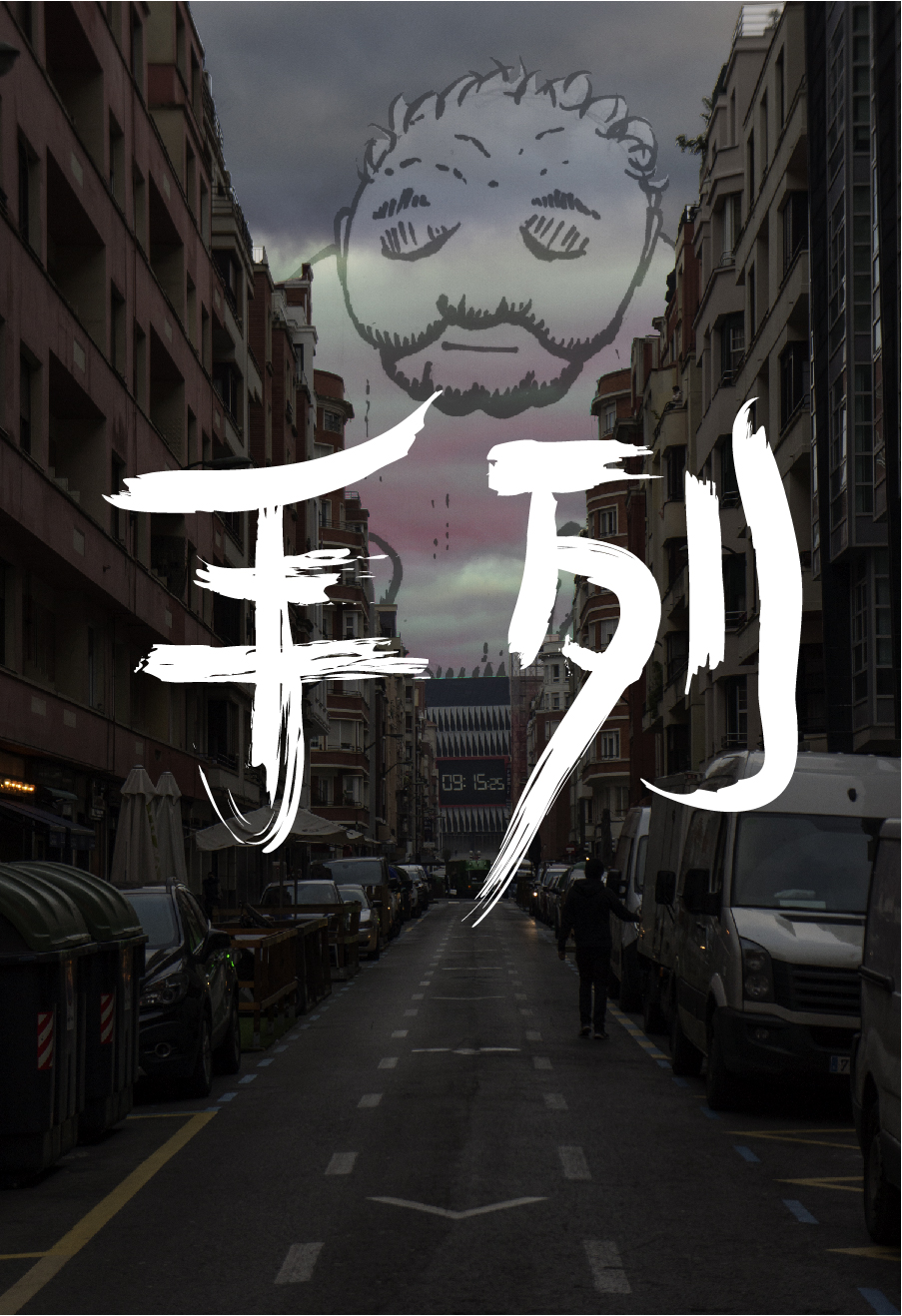 It is not the first time in history that a case of entaxipsicantanaklasia has been dated, a phenomenon now well known to all by which reflections of the souls of people with whom an individual has had contact throughout his/her life adhere to him/her. On this occasion, observing the Teretsu specimen we can clearly see manifestations of all the symptomatology and phenomenology that accompanies this condition.

The objective of this study is to show the general public, in a didactic and accessible way, its scientific explanation and its historical precedents, as, for example, the numerous iron age estelas discovered in the lands bordering the Sea of Biscay.

There are also those who consider it simply “the weight of life”.

José Félix Glez. San Sebastián. Bachelor of Fine Arts who’s career has been developed tangentially to the “Art circuit” as such. Among his main works is ¡Ruiz!, el juego de cartas, his participation in different musical projects such as Hamburguesa Vegetal (New Trends First Prize, XIX Villa de Bilbao Pop-Rock Contest, 2007), Reserva Dos and Vinagre, or the novel Klaatu Barada Nikto, which hardly interested anyone but himself. Even though they are minor prizes, we can mention the ‒First Prize of the Jury; Fake Trailer category; FANT 2015‒ for the fake trailer Rol a los 40 or the ‒EiTB Kultura Videominute Award 2008‒ for the animation José Luís Lopez Vazquez.