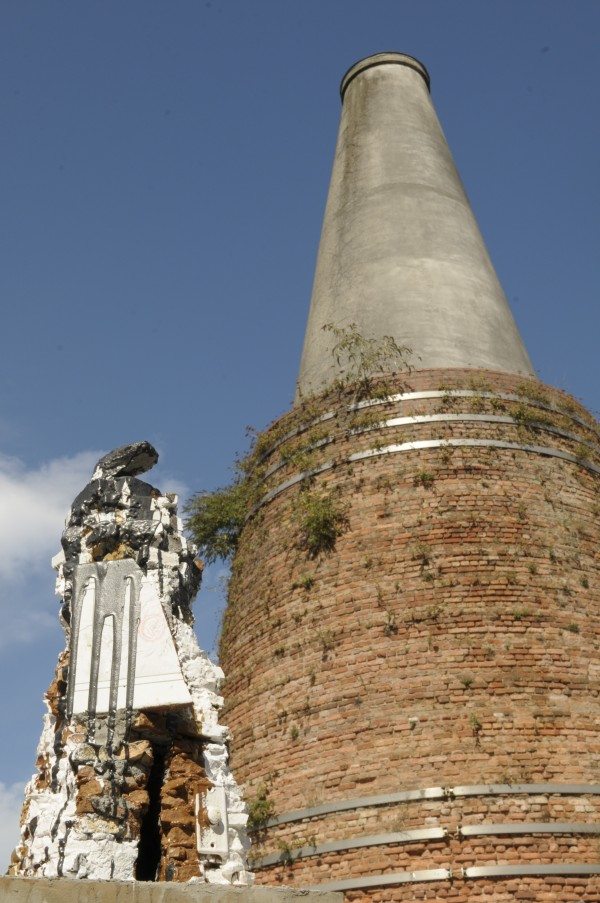 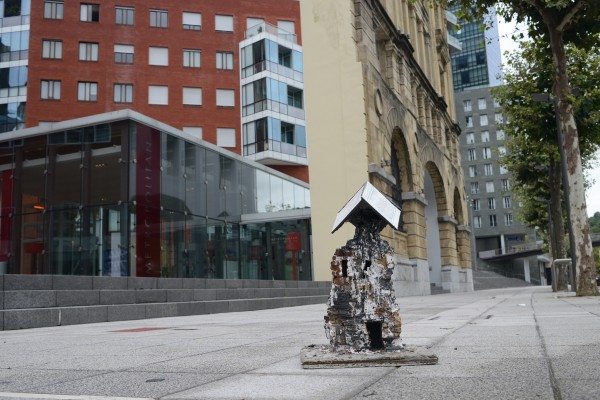 Through found object-based sculp-ture and installation, relationships between nature and the intersecting patterns in the development of buildings, their collapse, and their reconstruction have become a heavy focus in Josh Gibbs’ practice in recent years. The residency at BilbaoArte allowed him to expand on the preliminary stages of his newest pro- ject, Darkhouses. Here, he assumes the chance-driven roles of explorer, urban and seaside landscape surveyor, collector, ur-ban bathroom tile quarry operative, urban bathroom tile mason, brickmaker, bricklay-er, architect, and ﬁnally, developer to assur-edly secure affordable housing in the UK and the wider world. The idea was sparked by a moment when he was at home alone one stormy Winter night in Leeds where it suddenly became very necessary to turn off all the lights in the house and he whispered to himself, “Dark house” (also later to his friends while they slept). However, the more recent development of Darkhouses is inspired by inequalities and mishaps evident in trends in housing and construction in general. One example is  Adamstown, Co. Dublin, an urban village that developers began building in 2005.  The houses started going on the market in 2006. Due to the phased basis of the pro- ject’s development and the fact that pro-gress slowed down due to the recession, numerous buildings remained unﬁnished and were boarded off. Another disastrous result of the recession was that many of the habitable houses remained vacant.  The artist appropriates these situations of vacuity, the aesthetics of which he playfully strips down into more transcendent forms and blends them together into a haphazard mix.
Josh Gibbs is an artist from the UK, work-ing in Bilbao over August 2015. He gradu-ated from Leeds College of Art and Design in 2011.