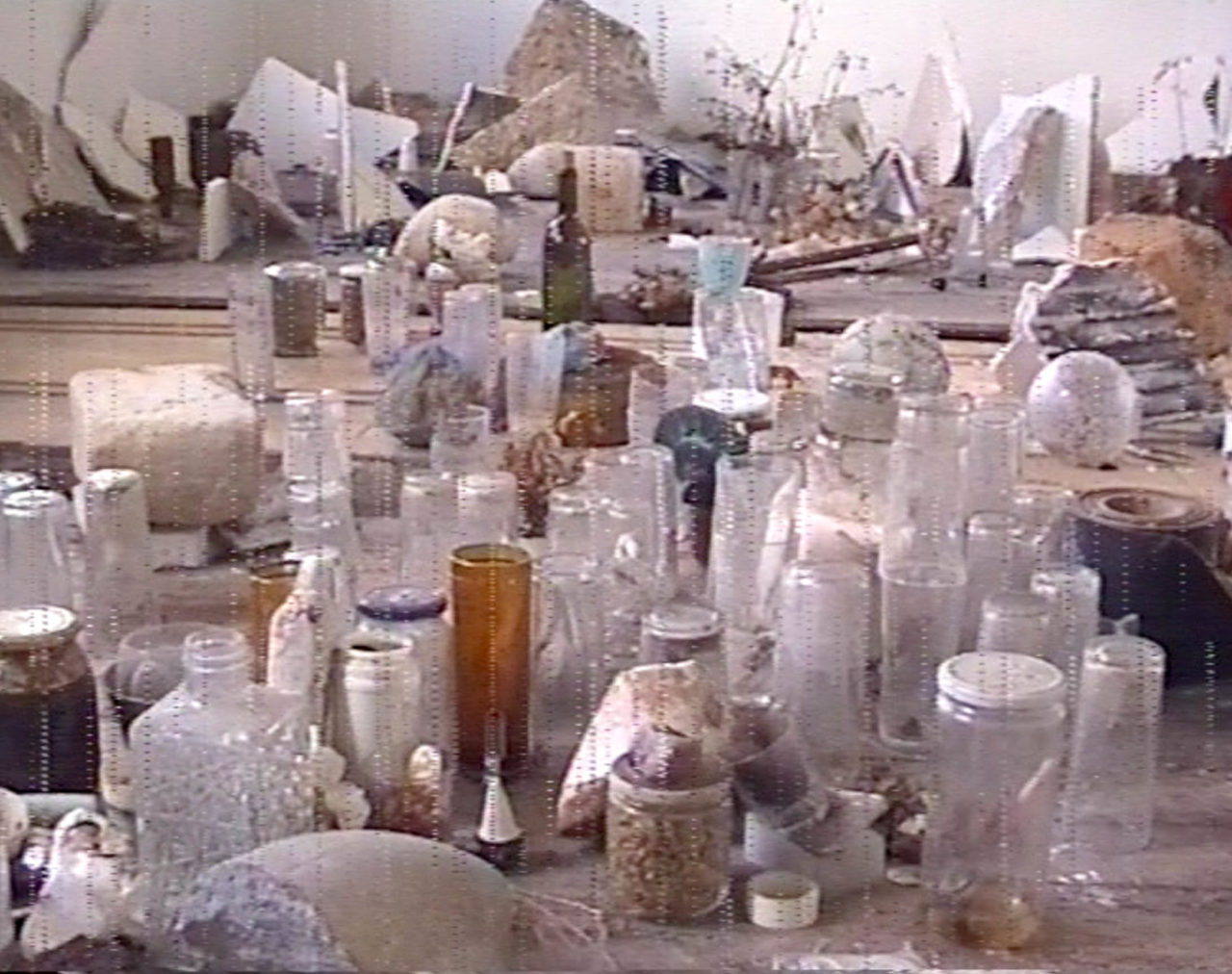 Dynamizing and letting processes dynamize me. One, studio practice, intimacy space-time removed and habitated in objectual, constructive, action, care, observation, breakup possibilities. Go forward without forcing formalizations. Don’t pay more attention than it deserves to the empire paradigm. Try to identify and work some basis. Between being totally present and not being. Two, speech. Collective forms absorbed by the piece of reality that made them come. Trans substance, so necessary presemanthic thing. A so present present. Record and protect oneself from dramatic reception. Find some way to immerse in this archived voice whole thing, taste the effect of phonemes, relate this effect to phonological structures or to love. Three, rescue among ruins some common good, communications edited in others’ experiences, erased in transformation.

Josu Bilbao is studying a master of linguistics and basque philology at the UPV/EHU. This year he has participated in El Contrato, curated by Bulegoa z/b for Alhóndiga Bilbao, First Thought Best, curated by Eremuak in Artium, Gasteiz, and the workshop Analphabet Orchestra with La­rraitz Torres, Arteleku, Donostia. In 2013, he collaborated in Tarot Night, Ainize Sarasola’s first film, and also in the meeting A polyphony of time, organized by Bulegoa z/b in the fort of Guadalupe. In 2011 he graduated in Fine Arts at the UPV/EHU, and presented works in Montehermoso cultural center, Gasteiz, and Club Le Larraskito, Bilbao. He also participated in the meeting and workshop with Ibon Aranberri under Organogramme, his exhibition at the fundació Tàpies, Barcelona. In 2010, the quarantine First Proforma 2010 with Txomin Badiola, Jon Mikel Euba and Sergio Prego, in MUSAC, Leon, and as a student of Erasmus program, the exhibition Mode macht Schule, Haus der Kulturen der Welt, Berlin.