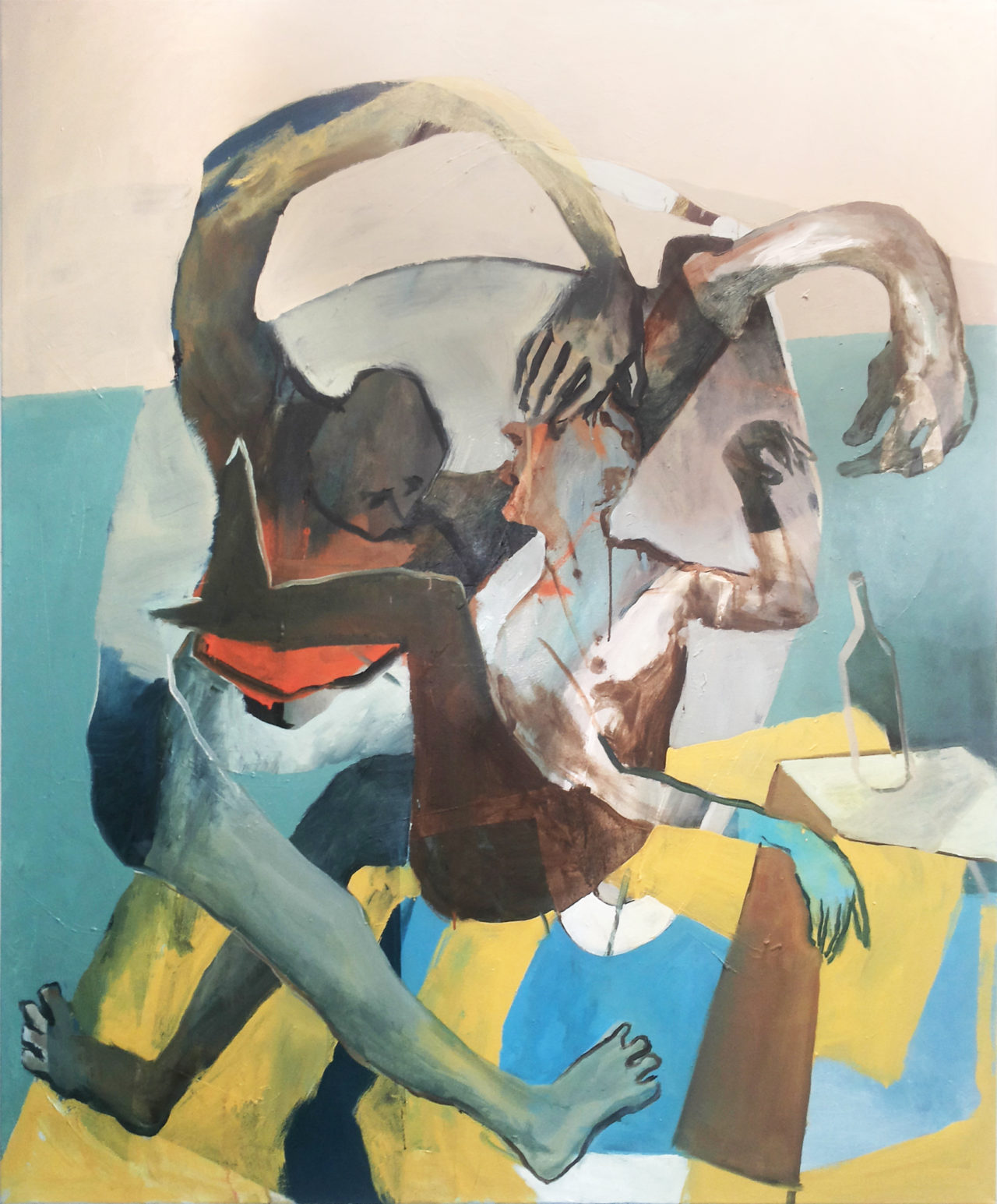 In exchange with the Kunsthaus Bregenz (Austria)

My current work is called Relationship Portraits. Even though my present pictures are displaying human couples, I understand the term relationship in a much broader sense. They are a result of a development I have started with a series of abstract paintings. My idea from the beginning was to set two different elements in a relation with each other, to let them react to the movement of their partner and initiate a correspondence between them.

In Bilbao I produced a book of seven relationship portaits. In Vienna I will continue to work on paper rolls, which depict different moments of human relationships combined in one drawing.

Lorenz Helfer was born in 1984 in Hohenems, Austria. He studied in the University of Applied Arts (Vienna, Austria) and has been granted at the Emanuel and Sofie Fohn Foundation (2006). He has been an artist in residency in Paliano (Italy, 2009), Lisbon (Portugal, 2010) and has won the art price state of Vorarlberg (Austria, 2015). He works and lives in Vienna.