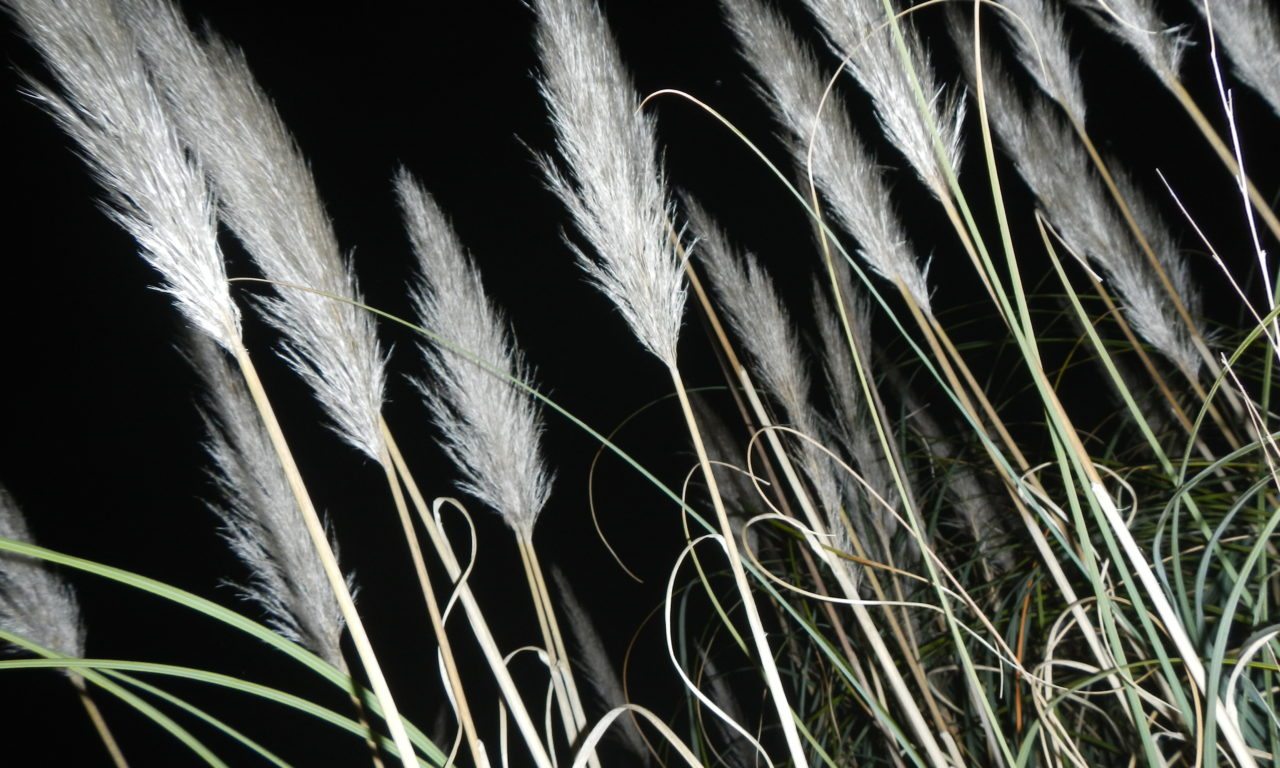 In 2017, I started a new line of research focusing on the invading plant Cortaderia selloana, a species that arrived in Spain at the end of
1940s, right in the post-war context. The lack of food and the exclusion of Spain from the UN forced the country to import products from Argentina, one among very few countries that recognized Franco’s government. The seeds seemed to be mixed with the wheat that was sent in. The species was already described in the 50’s in some fields close to the port of Santander. As of the work with these invading plants, the points of view have been expanded during the development of the project, laying out a new look on the self-representation of globalization and the neocolonial cultural processes that have taken place along the contemporary history (dialectics between nature and humanity), and the back-and-forth consequences occurring from these. Some aspects of economic or geopolitical expansion have environmental paradoxes as a result, because of which the colonializing countries have been invaded by the flora and fauna from the colonialized countries.
Eriz Moreno received a Master of Fine Art from the University of La Laguna. He has produced projects in Armenia, Germany, Spain, USA, Macao, Georgia, Greece, Poland, the United Kingdom, and former Yugoslavia. Some of his latest exhibitions include Projekt Beton in Żak Gallery, Gdansk, and the Regional Museum in Szczecinek (2013); Horizontes in Guggenheim Bilbao Museum (2013); 18/19/2013 on the occasion of the 200th anni-versary of the Battle of the Nations inLeipzig’s public spaces (2013) and in BilbaoArte Foundation (2014);Meeting Point in the Konstanz Kunstverein (Germany) and Kunstraum Kreuzlingen (Switzerland) on the occasion of the 600th anniversary of the Council of Constance (2015); and Bratstvo / Jedinstvo
in Sala Rekalde, Bilbao (2016), and Sala Torrene, Getxo (2017).